On the day the tortured bodies of Lencho and Pedro were found in Xequistel, townsmen notified the press as well as the army. On Friday, March 1, 1985, a detailed story, with pictures, on the double murder in San Pedro appeared in the Prensa Libre under a six-column streamer: "Commotion over Crimes." The account stated that, according to his widow, Lencho recognized one of his captors and said, "Good evening, my lieutenant." It also named the suspected alguacil, stating that he had confessed that he was one of the accomplices and that a lieutenant was another. The full name of the lieutenant had been given to the army, according to the article, but the newspaper did not print his name.

On March 2, the Prensa Libre, under a six-column heading, "Army Opens Investigation," quoted a colonel in charge of public relations for the nation's armed forces as saying that there was no army official in San Pedro but that, nevertheless, in view of the seriousness of the information appearing in the press, an investigation had been ordered to establish the truth of the claims. The colonel assured readers that the army would never retain in its ranks persons who acted illegally and that any officer accused of a crime, with evidence, would be turned over to the proper tribunal for judgment.

On March 3, under a six-column banner, "Calm Returns to San Pedro la Laguna," the Prensa Libre reported that the colonel in command of Military Zone 14 (Sololá) had spent a few hours in San Pedro talking with municipal officials and Lencho's widow and concluded that certain unnamed parties had coerced the widow to claim that an army lieutenant had been involved. According to the newspaper article, the commander said that the widow herself had disavowed the claim and that the stories of the army's participation in the crime were therefore totally discredited. He also said, according to the article, that the Pedranos informed him that they blamed the kidnapping and assassination of the commissioner and his uncle on a group of guerrillas known as lxchil (lxim) who previously were military commissioners. The commander assured the Pedranos, the paper reported, that the army would stay watchful to see that the forces of "subversive delinquency" did not continue to use the Pedranos as instruments for casting blame on the armed forces, whose only mission, he said, was to ensure "peace, tranquility, and harmony."

The next day, another article appeared in the Prensa Libre under the headline "Army Affirms No Lieutenant Involved in San Pedro's Crimes." The story, based on a communique issued by the army's department of public relations, asserted that a subversive group self-styled Ixim had committed the crimes, that the perpetrators had been captured, and that they had induced Lencho's widow to make a false accusation. 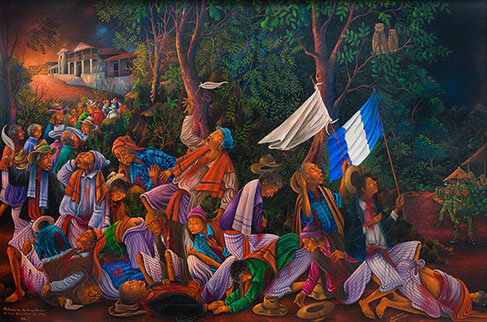 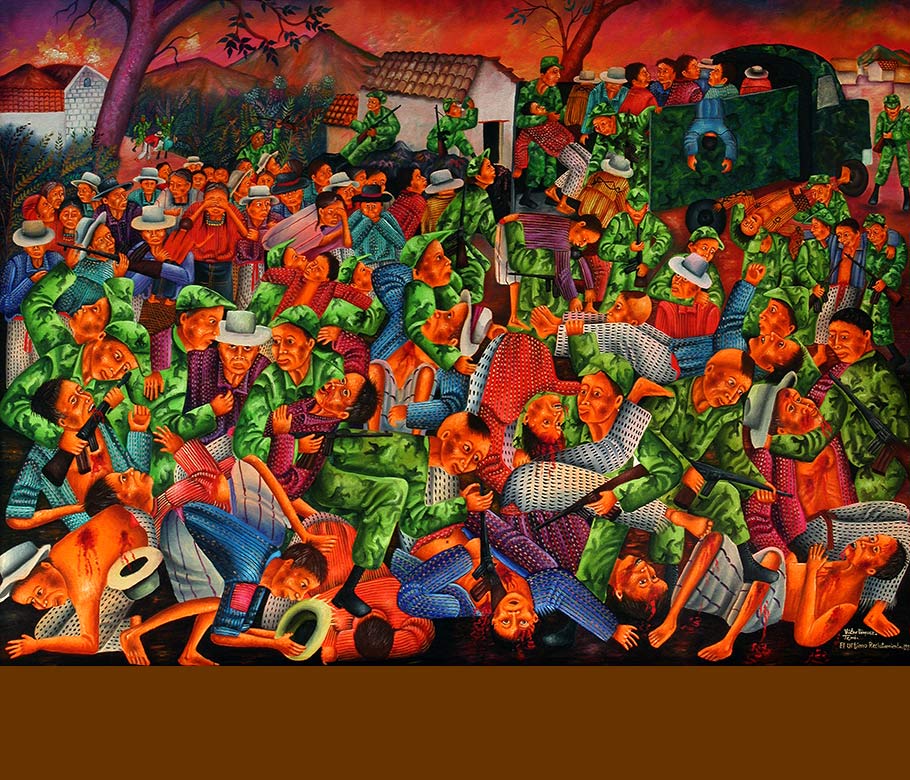 In contrast to the former commissioners, the secret agents were older men in their fifties and sixties, prominent in the community, ambitious, and fairly well-off. Three of them owned productive coffee land. Two owned commercial property—trucks for hauling goods long distances or launches for transporting passengers and cargo between San Pedro and the market town Santiago Atitlán. Two of the secret agents, with histories of extended service in the armed forces, had friends and connections in the military; one or two had political connections in high places.

The boat owner took advantage of his secret-agent status to negotiate profitable deals for himself. He accused a man in Tzununá, across the lake, of transporting guerrillas in a launch the man owned. The Pedrano flashed his army carnet (identification card) to frighten him. He then forced the man to sell the launch for a very low price, giving him only a small down payment and saying that he would pay the rest later. The Tzununa man lost more than one thousand dollars in the deal. He became despondent and reportedly drank himself to death. In a similar manner the unscrupulous boat owner is said to have acquired another launch for a low price from the administrator of a coffee plantation near San Pedro.

But what the secret agents mainly wanted, in contrast to the former commissioners, was political power. They sought to capture the two key posts, the mayor's office and that of chief military commissioner. For a while they were successful. Jorge was imposed as mayor and held onto his office for more than a year before the town persuaded the Sololá commander to remove him. Salvador, who had operated as a military commissioner overtly and as an intelligence officer covertly, was reputed to be the real leader of the commissioners, even while Jacinto, a less forceful person, was officially in charge. When Jacinto was taken prisoner, Salvador made an unsuccessful bid to be named chief commissioner.

Of the five secret agents, Mario, the güizache with an unsavory reputation, was undoubtedly the most noteworthy. According to our sources, it was he who had advised Marta that a four-hundred-dollar payment could ransom arrested Adolfo, and who later counseled the eight imprisoned former commissioners to apply for amnesty by claiming to be repentent Ixim guerrillas. He allegedly is the person who delivered seven hundred dollars to Lieutenant Rolando in payment for kidnapping Lencho, and he was one of the four men (all secret agents) whom Lencho's widow said she had seen leaving an alley while masked men were carrying off her husband.

It may seem strange that the army would punish operatives for deeds presumably committed in collaboration with army units, but it should be remembered that the army is a complex organization made up of separate suborganizations and subject to changing directives over time. One unit may punish people for actions ordered by a different, possibly clandestine, unit. The policy of a post commander may be reversed by the commander who succeeds him. But it is unlikely that the eight Pedranos sentenced by an army court were convicted of crimes committed jointly with army personnel. There was no need of that. Victimized Pedranos supplied enough evidence to convict the conspirators of crimes committed independently—rape, extortion, murder. In addition, the army wrung confessions out of the arrested men by methods of its own. One informant told us what he had learned on this score from former commissioners whom he visited in prison. During the ten days they were held at the Santiago Atitlán post following their capture on October 28, 1982, they were beaten with clubs. They were also put in a pit with water in it. The prisoners said that they thought this treatment was going to kill them.

We do not know whether any of the kidnapped Pedranos were taken to the same place or subjected to similar treatment, but we do know that the pit treatment was applied to suspected subversives in 1983. In the fall of that year an interview with a soldier stationed outside the army barracks in Santiago Atitlán was recorded on tape and printed verbatim in Americas Watch Report (January 1984) entitled, "Guatemala: A Nation of Prisoners." The soldier was asked how long captured persons generally remained in the camp. He replied, "Here, about two months, and if they don't want to talk then they get put in the hole with water."

"And how do they feel there in the hole?"

"Well, of course, they're going to feel terrible. Once you put them in there, they can't take it, and they die."

"How many are in there now?"

"There are two in there. They've been in there for two days; we take them out to tell us what they do, and if they don't say anything, we stick them in again."